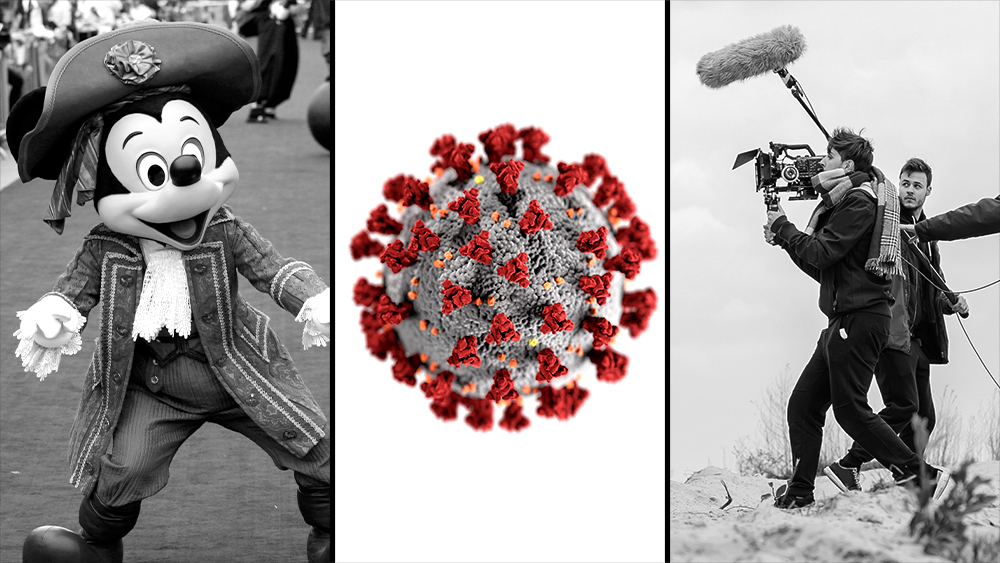 There’s nothing that kicks off a summer holiday weekend like a good blockbuster battle and that’s what the courtroom showdown between the Walt Disney Company and Fireman’s Fund Insurance has all the potential to be.

Sure, the price tag of the $10 million or so dispute filed today in LA Superior Court isn’t that epic, However, the ramifications for a Hollywood still unsteady on its feet after the production shut-downs and lockdowns of the coronavirus could be immense. Already we’ve seen UTA and others get in pandemic dust-ups with their insurers, and if you think more lawsuits like this aren’t being prepped right now by other insurance companies, I have some questions to ask you about Lee Harvey Oswald and did he act alone that terrible day in Dallas?

To get back to this particular case, Disney put in claims with the Burbank-based insurer for the costs of “Second Wave” and “Holiday Hiatus” coverage last year. From their reading of the October 2019 policy with Disney, to put it bluntly, Fireman’s reckon they don’t have pay up for those periods. So, with parties unable to come to an agreement over Disney’s apparent generosity and concern for its crews, the insurance company sued the House of Mouse on Thursday to secure declaratory relief from the courts.

“After several months, the shutdown orders were gradually modified, allowing production to resume,” the 8-page complaint filed by attorneys at Culver City’s GladstoneWeisberg, ALC says of the “Second Wave Claims” it is arguing over (read it here). “However, various jurisdictions imposed requirements, including, for example, frequent testing and quarantining of cast and crew in the event of exposure. The restrictions have led to more shutdowns, more expenses and more claims.”

No one’s going to disagree with that and the parties are supposedly close to a deal over “First Wave Claims.” But Fireman’s, and obviously Disney, do disagree how is on the hook for the rest of the costs and what clause in the policy pertains to the matter at hand.

“Fireman’s Fund contends and TWDC disputes that to the extent TWDC incurred extra expenses as a result of covered cast/crewmembers, who were otherwise healthy, being required to quarantine due to exposure to persons who tested positive and/or became infected, there is no coverage under the Cast Coverage,” Fireman’s assert. “TWDC further contends that coverage is available for the Second Wave Claims under the Policy’s Civil Authority Coverage,” the company’s filing goes on to say.

“Fireman’s Fund disputes this and contends that the Civil Authority Coverage is not triggered by orders of civil authorities requiring, for example, testing and/or quarantining, but only by orders revoking permission to use or prohibiting access to facilities used or to be used in an insured production.”

The battle then goes to a M.C. Escher-like place

“Fireman’s Fund contends that the Imminent Peril Coverage is not applicable because the peril, i.e. the pandemic, is no longer imminent,” the company states. “Rather, it arrived in 2020. Alternatively, Fireman’s Fund contends that if the peril is not the pandemic itself but is, instead, the imminent risk of infection that the Imminent Peril Coverage was not intended to apply where a producer, i.e., TWDC, intentionally puts the cast and crew in harm’s way by continuing production in the face of a peril that must, by definition, be imminent and of such probability and severity that it would be unreasonable or unconscionable to ignore.”

If that weren’t cold enough, there’s an Ebenezer Scrooge element here too.

“It is customary in the industry for film and television productions to pause for two weeks beginning a few days before Christmas and extending until after New Year’s Day, so that cast and crew can enjoy the holidays,” the filing notes. “According to TWDC, public health authorities in Los Angeles, Atlanta and London expressed ‘elevated concern’ during the 2020-2021 holidays about then-spiking Covid-19 levels, and urged, but did not order, TWDC to extend the Holiday Hiatus for an additional 1-2 weeks.”

You get where this is all going and how it got here. Fireman’s “disputes” Disney seeking coverage for their “Holiday Hiatus Claims, in pretty much they do the “Second Wave Claims.” Yet, there is one specific element to the Christmas crisis portion of this that deserves mention. “TWDC … contends that coverage is available under the Policy’s Producer’s Indemnity Coverage …,” the complaint declares. “Fireman’s Fund contends that the Producer’s Indemnity Coverage only covers losses that are beyond the control of TWDC and that the decision to extend the Holiday Hiatus was completely within TWDC’s control.”

This was during those closing weeks of last year and opening weeks of this year went the pandemic was raging and people were dying left, right and center.

With all that, Disney by the way, had no comment on the suit when contacted by Deadline. No comment today but their eventual response in the docket to the complaint won’t be drawing from the best bits of Fantasia for sure – more like Avengers: Endgame, I think.

Cruise Ship Jobs And The Insider Secrets To Get Hired Fast